The Progress of UI vs. UX In WordPress Web Design

Contents hide
1 UI vs. UX, which is it for WordPress Design?
2 One can see these elements in the progression of WordPress design.

UI vs. UX, which is it for WordPress Design?

Have you heard the terms UI and UX as related to WordPress?  Does UI vs.UX or are they the same, different or associated?  Are they interchangeable, and what do they mean anyhow?

UI simply means user interface design while UX is the user experience design.  Put both terms in any search engine, and those definitions will be the same for the majority if not all the pages.

The user interface is the interaction with, for example, a computer.  UI therefore can be anything a person interfaces with from audio cues to physical controls such as a keyboard.  UI also defines how a user relates with and to a website, operating system, or a phone app for example.

The most familiar UI is the GUI or graphic user interface, which can be icons, the mouse cursor, and the toolbar.  And then there’s the web-based user interface or WUI. 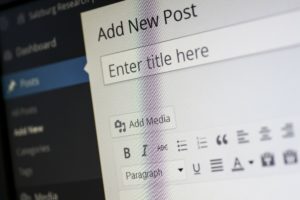 For the web design, we look at the UI. The user interface is crucial to usability. The components should include presentation, navigation, and user assistance.  The UI should also be fresh, pure, familiar, appealing, preceptive, well-organized, reliable, and forgiving.

While the UI is the way a user interacts with the website, the UX is the experience the user receives from this interaction.  UX covers every facet of this interactor including but not limited to, the emotions they feel navigating the website, their attitude, thoughts about the images, and the ease or difficulty that brought about those emotions and perceptions.

The user experience takes into account analysis of physical attributes such as the motion used to reach a button, click a link to how the button appears, its color, and the user response once the link or button is clicked.  And lest not forget the overall results, did everything work as they thought or expected it would.

One can see these elements in the progression of WordPress design.

In the beginning, WP  did not offer a dashboard, and like every new system of its day (about 20 years ago) had limited features.  Eventually, plugins were introduced a short time later, as posted previews, and some customization.  Eventually, more additions led to a WYSIWYG editor, a new administration panel, easy upgrades, simple editing for videos and images, API, and a modern UI.  Recently WordPress became mobile-friendly and added improved media management and hundreds of downloadable themes.

With the evolution of WordPress, improvements to the UI and UX flourished for both the users and administrators. And it doesn’t stop here.

WordPress will continue to develop and change to increase the user experience.  With more users on mobile, the user interface may require more touch controls, such as scrolling instead of clicking.  Mobile concerns may lead to layout changes, such as more efficient design for a smaller screen such as less clutter.  You may see more motion controls, such as voice activation, and facial recognition.

Just as facial recognition is personal, expect WordPress to adapt this to website behavior.  Content will be served to the user according to how they navigate and use a website.  For example, WP may allow the user to make changes as they need or desire.  And there’s so much more UI and UX will bring to the table.

Now you know how UI vs. UX as related to WordPress.  WP will continue to develop features for a positive user experience, part of this is to give the user a website encounter that is relevant to them. New template designs with the additions of thousands of plugins will continue to enhance functionality and automation in the future for WordPress users.

PrevPreviousWhy have a website when Facebook is free?
NextWhen you start losing organic traffic, who do you blame? Next
Menu